So we present the long awaited list showing you the list of the top 10 most corrupt countries in Africa 2020 CPI ranks 180 nations based on their perceived levels of public sector corruption. The index draws on 13 expert assessments and surveys of business executives. The scale which starts from to to 100, is used to consider countries from highly corrupt to very transparent, respectively.

This year’s Corruption Perception Index (CPI) reveals that a majority of countries are showing little to no improvement in tackling the menace. The analysis shows corruption is more pervasive in countries where big money can flow freely into electoral campaigns and where governments only listen to the voices of wealthy or well-connected individuals.

As the rankings show, Sub-Saharan Africa was the lowest-scoring region on the index with an average score of 32 out of 100—below the global average of 43. With several of the continent’s biggest countries and economies recording little or no progress, the latest index, Transparency International says, represent “a bleak picture of inaction against corruption.”

Which Country Is The Most Corrupt In Africa In 2020?

According to the index, Somalia is the most corrupt country on the continent and in the world. The nation comes right after Sudan, while Seychelles has bettered its transparency in the past year.

Being the most corrupt country in Africa, Somalia has managed to make quite a name for itself over the years. With one of the highest poverty levels and the most corrupt government, the locals have turned to every form of violence and terrorism imaginable. The corruption and terrorism in Somalia is so high that even public selling of weapons and ammunition is accepted by the Somalian Government.

Sudan is one of those few countries in Africa which has been engrossed in corruption, warfare and terrorism for a long time now. The country is run by gruesome warlords who will go to any extent to spread terror and corruption. Murder and crime has become a norm and part of everyday life for the Sudanese. Corruption is at its peak in Sudan.
This is one of the main reasons that has made Sudan one of the most corrupt and terrorized places not only in Africa, but in the world at large.

Despite the establishment of anti-corruption agencies in Burundi, corruption still persist. Being the center for organized corruption in Africa, Burundi has become one of the most corrupt countries in Africa in 2020.

According to the report which was released earlier this year, Nigeria is now ranked 146 out of the 180 countries considered. The country scored 26 out of 100 points, a drop from the 27 points that it has maintained since 2017. In the 2018 index, Nigeria rose by four places on the index from 148 to 144.

The index, which ranks 180 countries and territories by their perceived levels of public sector corruption in the opinion of experts and business people, uses a scale of 0 to 100, where 0 is highly corrupt and 100 is very clean.

Holding a world rank of 173rd position among 183 countries for corruption truly requires a lot of talent, and no other country has managed to display their talent for corruption. Being one of the largest places by its territory and giving home to over 13 million people, Chad hasn’t done much to develop its agriculture and provide people with enough food and bright expectations of their possible future.

Mugabe’s country gained fame for being corrupt-stricken. Zimbabwe has had one of the most steady growth of corruptions over the past few years. 77% of Zimbabweans feel corruption has spread across the country, which Zimbabwe Independent suggests was as a result of the rise in poverty and hardship. 65% of the respondents noted that health sector of the country is heavily affected by corruption.

Equatorial Guinea is the only African country with Spanish as its official language. Its main national wealth is oil; however, it often seems that the more oil the country has, the more corrupted it is. Being one of the wealthiest nations of the world beating Saudi Arabia, Korea and Italy combined, Equatorial Guinea has also managed to become one of Africa’s most corrupt countries 2020. It is one thing to take bribes, but to put the entire nation below 60% poverty rate is almost ludicrous.

Democratic Republic of the Congo has managed to end up in the 7th position on our list of top 10 most corrupt countries in Africa. The rate of corruption is so high in Congo that not even the government officials themselves are immune to it.

One of those countries which have one of the toughest people justice systems, Libya also has managed to claw its way to the top of the most corrupt countries of Africa 2020 list. With a bribery rate at more than 62% and failing judicial and police systems, Libya has given way to complete lawlessness and corruption.

These days we are not surprised to know that a big country with more than 25 million people has a high corruption rating. Having corrupt officials in the government has become a norm for many countries, but the entire government swindling few hundred million dollars for personal gain is unheard of. Angola is one African country which has managed to gain quite a reputation for itself as one of the most corrupt countries in the world.

Top 10 Most Expensive Buildings In Africa 2020 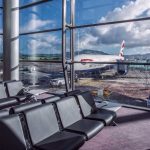 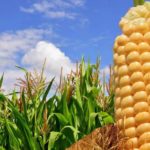