For most Afrobeats music lovers, the year so far has been short of hits, that is the words on the street but that is false, many hot singles have been released, only that the listeners haven’t discovered them yet, due to the fact they were just released and only a few are with visuals on TV. So we have curated for you the top 10 ‘Afrobeats’ songs 2020 released this year that are sure hits that you don’t know about yet. The criteria of the songs on this list includes total number of streams since release and and also digital download numbers.

We hope you enjoy this list, and in case you are looking for the best songs well, i can personally guarantee you the songs on this list are not just the most commercially successful but they are also sweet and most definitely will trap you into a repeated playlist.

These Are The Top Afrobeats Songs Of 2020 So Far

I must say i was not that impressed by this particular song when Peruzzi first released it. My first thought was; Its same Peruzzi sound all over again, so i did not pay it much attention until i saw Oxlade the Liverpool player sing along to the song on his Instagram page and then i was like maybe it is not that bad listened to it again and i got caught up. Long story short this is certainly a sweet song and if you are a twerker, lets just say you will love this one.

It is no news Olamide is a certified hit maker and with this morale you will have to think maybe he will never relax. Wonma is an amazing tune from the Baddo himself, basically different from everything out there or anything you would expect from him in this times of Zanku music. Wonma is an absolute dance hit and club anthem. This will definitely grow on you.

As i write this article this song is still the number video on Youtube Music since release its been trending number 1 in streams, i had my doubts about the song becoming huge but it turns out i am wrong this is most defintely a January hit as Rema’s fans are really eating it up. The song features Rvssian with a dope ass dance hall fused with an Afrobeats beat it is a masterpiece no Arguments.

Adekunle Gold for a longtime have called himself an Urban/Highlife artiste and have stayed true to his style for sometime now, nut last year he announced he can do whatever sound he wanted and he said he was gonna drop several Afropop hits this year all coming on his forthcoming album which is going to be named Afropop. The duet with Kiss Daniel titled Jore is the lead single off the album we are all expecting.

So we have one of the trendy songs in the country right now, it is a hip hop song coming from the Mayor Of Lagos himself Mayorkun, Geng is a rap song fused in with the singer’s style. Many hip hop heads in Nigeria have praised him for dropping a litt-ass rap song like this. The song was already trendy on social media even before its release, many would say it is the biggest song released in January. The Manchester united star Paul Pogba was also spotted.

I don’t know about offline but online almost everybody agreed this is the best Afrobeats song released this year so far. And you know it is Wande Coal he does whatever he wants with music, it does not matter whatever genre he tries to do, what he does is kill any type of sound you give him. When it comes to melody i am sure you have not heard anything like this recently. Again is a tune for ages and i promise you will be stuck on the song for weeks.

If you are a Marlian well, you will not be disappointed by this new joint. Matter of fact if you are a Marlian you must have heard the song already. For the few who don’t know about this well is another single released by the new Marlian music signee Zinoleesky. On this one he features his boss Naira Marley himself together they produced a R&B fused with their street music vibes. Caro is a song which tells a story.

Zlatan seems to not be relenting anytime soon. He comes back with this new single to launch the new year, the title sounds funny and unserious bu this is obviously a club banger, the comical parts of the lyrics will certainly help the song achieve more commercial success, he featured several new acts on his label to be this song. With a superhook and funny verses you will enjoy the music.

The ex P-square member seems to be on some hit spree. Since last year it seems Rudeboy i have discovered a certain cheat or trick in making hit songs as a solo artist since the breakup with his twin brother Mr. P, he struggled in 2018 trying to drop a major hit  but he never did, in 2019 he dropped several number ones and now he seems to be continuing the thread this year. 24 hours after releasing the song officially with visuals it trended on twitter for a while with everyone praising the visuals.

Personally i cant say i like this song but of course a song which features Wizkid will certainly be one of the top highlighted songs of the month. The duo worked on a hit late last year and they seem to be proceeding with the collabos with the installation of this new single. Blaq Jerzy must be having the time of his life with this new association with Wizkid. The visuals is most definitely a crispy one. You should take some time and watch the video. 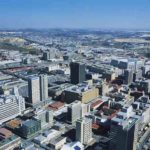 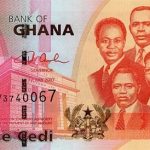