They have a passion for furnaces. Cooking has become a business for them, and they aim to promote the delicacies of South Africa.

Cooking well is one thing, but being able to make a fortune from it will take real talent.

The famous chefs listed below have all been in the public spotlight in some manner, shape, or form, whether it’s through a television cooking show, a series of cookbooks, or a good reputation in the restaurant industry.

If you’re interested in learning which chefs have made their mark with their skills, keep reading for a list of South Africa’s most talented chefs.

Lucas Ndlovu’s rise to the upper echelons of South Africa’s culinary elite is undeniable. He’s prepared meals for former South African presidents Nelson Mandela and FW de Klerk, government official Mangosuthu Buthelezi, and a slew of legislators and celebrities. Ndlovu is still regarded as an expert in the preparation of local venison and the delivery of indigenous cuisine to the tables of five-star establishments.

Jan van der Westhuizen owns and operates the restaurant “Jan in Nice”  – yes, in France! Jan in Nice was one of the 52 restaurants in the world to be awarded a Michelin star in 2016. Chef Jan serves the French his take on South African favourites such as biltong, mos bolletjies, and other traditional South African meals.

Veronica Canha-Hibbert began her career as an understudy for Garth Strobel at The Mount Nelson in 1999. After qualifying, she went straight to work at several Five Star foundations in England. Chef Veronica returned to Cape Town in 2008 to take up the position of Executive Chef at the renowned Ellerman House.

Nataniël le Roux is a well-known South African entertainer. He is not just a singer and composer, but also a best-selling author, hailing from the remote town of Grahamstown. Most people associate Nataniël with his solo stage act, “Nataniël,” which aired on South African television, but he’s also a talented and extremely accomplished chef. Die Nataniël Tafel was the name of Nataniël’s cookery show that aired on kykNET. It aired between 2012 and 2014.

While Luke Dale Roberts is well-known in the South African gourmet community, he is not a native South African. Luke was born in England and got his chef training in Europe before relocating to South Africa in 2006. Anyone interested in seeing what all the hype is about Luke Dale Roberts should visit The Test Kitchen, TTK Origins, Salsify, or Potluck Club in the Western Cape. Luke Dale Roberts’ award-winning dishes are served here. Also check out the Woolworths Taste Magazine to learn more about Luke’s culinary skills. You will surely get enough inspiration to buy from Woolworths deals this week and try his recipes!

Jan Braai is a chef who needs no introduction. Real name – Jan Scannell is the brains behind the National Braai Day concept, which began in 2007. He not only lives to braai, but he has also written four best-selling braai novels sold internationally in several languages. Jan Braai is unquestionably a major hit in South Africa and worldwide, as seen by his top-rated TV show Jan Braai vir Erfenis, which has aired for ten seasons.

Seline is a certified industrial engineer who left her work to pursue a culinary career after placing third on MasterChef South Africa’s second season. Following her triumph on the show, she went headfirst into the culinary world, writing for newspapers and local magazines. At the same time, Seline started her business, Es, specialising in patisserie orders for weddings and parties, demonstrations, food media, and running a pop-up gourmet restaurant. She is a foodie enthusiastic about fresh ingredients, South African cuisine, and environmentally friendly farming.

Bertus Basson, a well-known Stellenbosch chef, is a South African favourite. He is widely known as the head chef of Overture in Stellenbosch, but he has also earned acclaim as a restaurateur, television personality, and entrepreneur. He was a judge on SABC 3’s Ultimate Braai Master from seasons 1 to 4, so you may have seen him there. He also appeared in a Top Billing segment and an Expresso chat show. Bertus Basson’s entire life seems to have been devoted to discovering his passion and calling as a chef. He enjoyed assisting his mother in the kitchen as a child and worked as a waiter as a teenager.

Silwood Kitchen, one of South Africa’s oldest culinary schools, graduated Jodi-Ann Pearton in 2005. She went on to win every award in all major and minor competitions in which she participated. Apart from running her own company, Jodi has worked in a number of prestigious establishments in South Africa and abroad, including the three-star French Laundry in California. She is an inspiration to those in and out of the food sector.

Jenny Morris, “The Giggling Gourmet,” is most recognized as a celebrity chef, and she is also a well-known radio presenter. Jenny Morris Cooks Morocco and Jenny Morris Cooks the Riviera are two Food Network shows that most South African foodies are familiar with. She has also appeared as a judge on the popular gourmet game show Chopped South Africa. Jenny established Cook’s Playground, a culinary school and catering company, in 1997. She has now published a number of popular culinary books, including Rude Food, Nude Food, Good Food in 2004, More Rude Food in 2006, and Rude Food, Nude Food, Good Food in 2007. 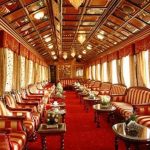 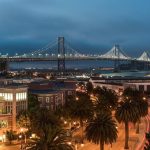